Camille A. Brown will be the first Black woman to serve as both director and choreographer on Broadway in more than 65 years, making modern Broadway history. In a major shakeup at the Recording Academy, longtime chief awards officer Bill Freimuth has left the organization, along with VP of communications Lourdes Lopez, and chief marketing and innovations officer Lisa Farris. In better news, nonprofit organization Slamdance announced a new film festival: Slamdance Miami. These and many other news stories of the week.

The festival will recognize emerging filmmakers from Central and South America, Florida, and the Caribbean at an outside, COVID-sensitive festival at the North Beach Bandshell in Miami, as well as on Slamdance’s virtual platform -- Variety reports.

Slamdance Miami is a collaboration between Slamdance, its alumni, and Miami’s arts leaders. The partnership has selected 18 films from filmmakers in nine countries representing the future of filmmaking from the Americas. The festival’s opening night film is Malpaso, directed by Héctor M. Valdez from the Dominican Republic.

“As an artist-led group, Slamdance is a community, a year-round experience and a statement in which everyone is invited to take part,” Slamdance co-founder and filmmaker Peter Baxter told Variety. “This much has shaped Slamdance Miami in our pursuit of supporting artists we believe are the future of filmmaking.”

Festival programmer Ron Baez added, “It’s truly as if Slamdance and Miami were made for each other. The only way to truly represent Miami is to prioritize radical cultural inclusion and its spirit of hopeful rebellion. Slamdance Miami is a distinctive celebration of extraordinarily singular voices indicative of Miami’s cultural identity.”

Casting Directors on How to Fix Hollywood’s Diversity Problem

“Part of my job is to help guide my showrunners and producers and directors, and I try to put as many different types of people and actors in front of them as possible,” Coleman explained during a “Power of TV: Casting Call to Action” panel presented by the Television Academy Foundation and Starz.

“I think awareness is the first step to change. And I think we have that now in our industry. We’re there. Conversations have happened, and they’re happening,” Bowling added. “So, as a casting director, you want to have the conviction to keep — keep that force alive.

To achieve racial equality in casting, casting directors must be willing to look for talent in nontraditional places. Wu shared that at one point in time, she even tried to cast a young Aaron McGruder — who later created The Boondocks — on Freaks and Geeks. She reached out after reading about him in Time Magazine.

“I tracked him down. This is before we had the world wide web. I don’t know. I must have called information,” she said. “And I said, ‘Hi, I just saw this article about you. … I don’t know if you’ve ever thought about being a performer, but clearly, you’re a creative person who I think has an interesting eye.’ And I remember he was just like, ‘Uh, no.’”

He went on to achieve TV success as a writer and artist instead, but Wu likes to tell this story as an example of how casting directors move through life.

“You’re always on the lookout,” she said. “You’re open to being inspired and getting smitten with people.”

You can watch the full conversation here.

Camille A. Brown To Direct & Choreograph Ntozake Shange’s ‘For Colored Girls’ On Broadway 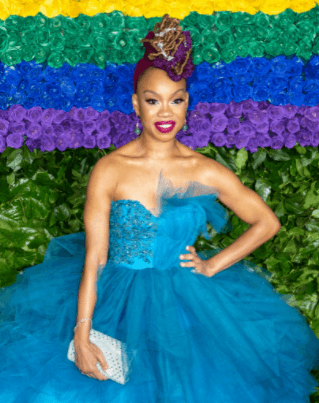 Camille A. Brown will be the first Black woman to serve as both director and choreographer on Broadway in more than 65 years, making modern Broadway history -- Deadline reports.

Tony Award-nominated choreographer Camille A. Brown will make her Broadway directing debut with a 2022 production of Ntozake Shange’s 1976 classic for colored girls who have considered suicide/when the rainbow is enuf.

“I’m extremely thrilled and honored to helm this new production of for colored girls…,” Brown said in a statement. “It’s an amazing feeling to bring this seminal show back to Broadway 45 years after it opened at the Booth Theatre on September 15, 1976. I look forward to diving into the divine Ntozake Shange’s choreopoem and celebrating her legacy.”

“It is an honor to help usher the return of Ntozake Shange’s groundbreaking work to Broadway under the direction and choreography of Camille A. Brown, who is herself blazing a new path on Broadway as the first Black woman in more than 65 years taking on this dual role,” producer Ron Simons told Deadline. “I am quite confident that the ancestors and Ntozake’s spirit are lifted.”

For colored girls… pioneered the choreopoem form – combining poetry, song, and movement – to tell the stories of seven Black women, each voicing a survival story of having to exist in a world shaped by sexism and racism.

Performance dates and casting will be announced later. 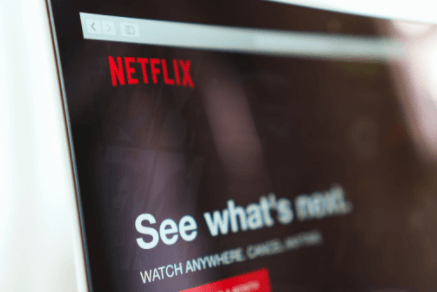 Three former Netflix software engineers are among those who have been charged by the U.S. Securities and Exchange Commission (SEC) for alleged insider trading -- Deadline reports.

In a complaint filed in federal court in Seattle, SEC says the engineers and two associates generated more than $3 million in profits from a “long-running scheme.” The foundation of the setup, according to the complaint, was confidential information they obtained about Netflix subscriber growth.

“Sung Mo “Jay” Jun was at the center of a long-running scheme to illegally trade on non-public information concerning the growth in Netflix’s subscriber base. The complaint alleges that Sung Mo Jun, while employed at Netflix in 2016 and 2017, repeatedly tipped this information to his brother, Joon Mo Jun, and his close friend, Junwoo Chon, who both used it to trade in advance of multiple Netflix earnings announcements,” Deadline writes.

After Sung Mo Jun left Netflix in 2017, the complaint says, he obtained confidential Netflix subscriber growth information from another Netflix insider, Ayden Lee. Sung Mo Jun allegedly traded himself and tipped Joon Jun and Chon in advance of Netflix earnings announcements from 2017 to 2019.

By design, sensitive information is disclosed to Netflix employees frequently. As founder and Co-CEO Reed Hastings explained in his 2020 book, No Rules Rules, the company aims for transparency in order to keep workers motivated. “We are perhaps the only public company that shares financial results internally in the weeks before the quarter is closed,” he wrote. “The financial world sees this as reckless. But the information has never been leaked. When it does one day leak (I imagine it will), we won’t overreact. We’ll just deal with that one case and continue with transparency.”

“We allege that a Netflix employee and his close associates engaged in a long-running, multimillion-dollar scheme to profit from valuable, misappropriated company information,” Erin E. Schneider, director of the SEC’s San Francisco office, said in a press release. “The charges announced today hold each of the participants accountable for their roles in the scheme.”

In a major shakeup at the Recording Academy, longtime chief awards officer Bill Freimuth has left the organization, along with VP of communications Lourdes Lopez and chief marketing and innovations officer Lisa Farris, Variety has confirmed. Freimuth, who joined the Academy in 2004 and was named chief awards officer in 2018, had overseen the complex and often controversial nominating and awards process for the Grammy Awards.

The move comes just two months after Harvey Mason jr., who had been acting as interim chief for nearly 18 months, was officially named CEO of the Academy. It also follows a major outcry over the Academy’s nominating procedures for the Grammy Awards after the Weeknd, who had one of the most successful recordings of the year, was shockingly excluded from all nominations for the 2021 awards in favor of several lesser-known artists and recordings.

The decision is presumably part of a larger restructuring led by Mason. In May, the Academy voted to eliminate the “secret” committees that determined the final Grammy nominees in most major categories. While Mason had explained the Weeknd’s exclusion was a fair move, the Academy’s board of trustees voted to eliminate the committees, acknowledging that the process had become flawed

VP of Communications Lourdes Lopez had been with the Academy since 2002 and was promoted to vice president in 2019. Lisa Farris joined the organization in 2019 as chief digital officer and was named chief marketing and innovation officer last year.

Their exits follow a series of restructuring initiatives for the Academy that seem intended to address longstanding accusations of a lack of diversity and inclusion. Soon after being named president-CEO, Mason named Valeisha Butterfield Jones (who joined the Academy as chief diversity officer in 2020) and former Berklee School of Music executive Panos Panay co-presidents, making the three top executives at the Academy a Black man, a Black woman, and a Greek-American man. Earlier this month, the Academy announced that the 2022 awards will have an “inclusion rider” in an effort to ensure the diversity of the show’s production staff.

Demi Vitkute writes the weekly film industry news blog for Productions.com. She’s a journalist who has covered entertainment, fashion, and culture. Demi is a founder of The Urban Watch Magazine and has written for The Washington Post, Inside Hook, and Promo Magazine, among others. She is a graduate of Columbia Journalism School and Emerson College.