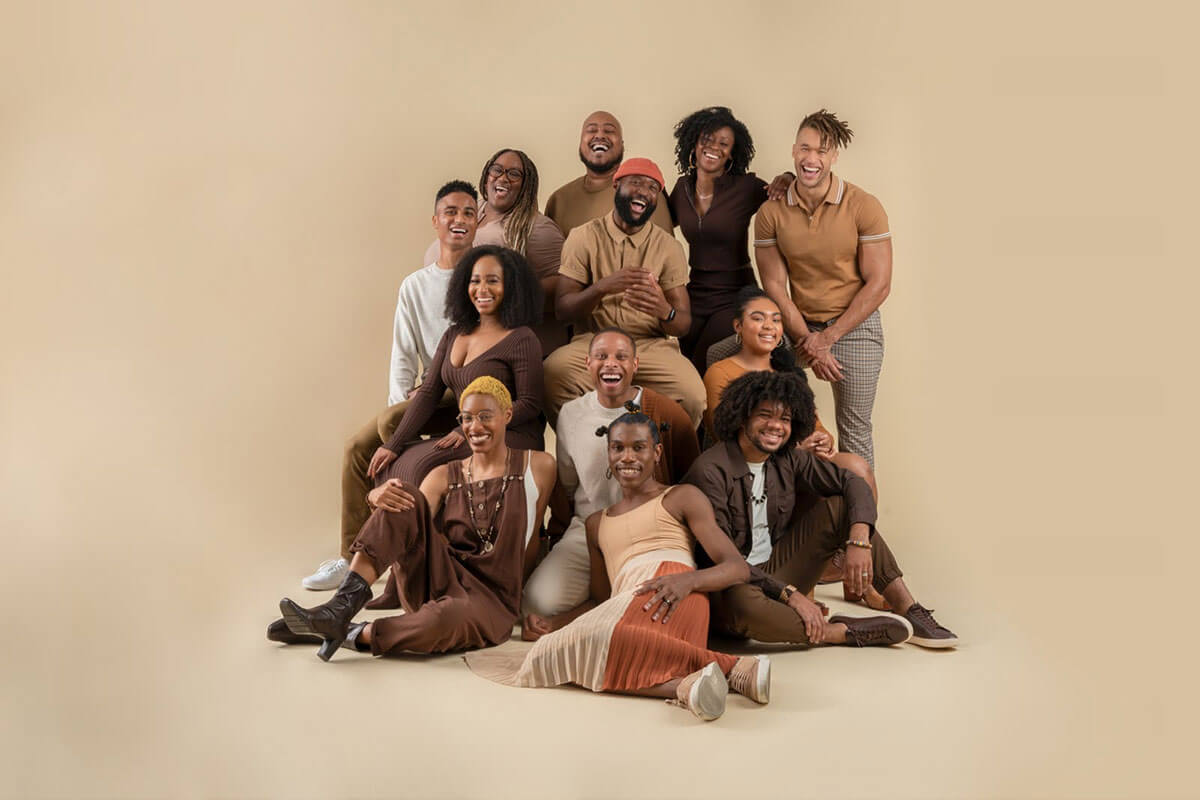 The Rust shooting saga continues. “Sabotage” theory introduced by Rust armorer’s lawyers is frowned upon by many, including a weapons safety expert and industry armorer and Rust camera assistant.

The Red Sea International Film Festival, Saudi Arabia’s first-ever film festival, has received a lot of attention. Read the highlights from the interview with the festival’s managing director Shivani Pandya Malhotra, who answered hard-hitting questions with a seasoned evasiveness of a politician.

These are the stories of the week.

The Wrap published a series of articles and produced a special 50-minute podcast on the Rust shooting. The “sabotage” theory introduced by Rust armorer’s lawyers is frowned upon by many, including a weapons safety expert and industry armorer and Rust camera assistant.
Here are some highlights from the reporting.

A weapons safety expert and industry armorer Steve Wolf pushed back on the notion introduced by armorer’s Hannah Gutierrez-Reed’s lawyers that “sabotage” may have been to blame for how live ammunition found its way into the gun that killed cinematographer Halyna Hutchins on the set of Rust.

He said an important question to ask is why the gun wasn’t properly checked by someone first.

Lane Luper, the A-camera first assistant on Rust, is calling out some individuals connected with the production, including attorney for Rust armorer Hannah Gutierrez-Reed, for implying that someone had deliberately planted the live ammunition that killed Halyna Hutchins.

“The idea of it made me sick because on film sets, everybody on a film set becomes pretty close with each other,” Luper said in an interview with the Hollywood Reporter. “I considered everybody on that show to be a friend, personally. I thought the fact that they were going on morning television and saying that was irresponsible, slanderous and quite frankly just disgusting. The whole idea of it was just gross.”

A former federal prosecutor and president of personal injury firm West Coast Trial Lawyers Naema Rahmani says he expects to see manslaughter charges filed in a criminal case against both Rust armorer Hannah Gutierrez-Reed and possibly assistant director Dave Halls in the wake of the death of Halyna Hutchins.

“Criminal negligence, if I give you a firearm, I tell you it’s a cold gun, it’s not loaded, I haven’t even checked it? That’s grossly negligent,” Rahmani said on The Wrap-Up Podcast. “I think the armorer for sure, and also if it was me, if it was my case, I would also charge manslaughter for Dave Halls.”

For previous updates, check out our blog post from last week.

What Can People Expect From Saudi Arabia’s First-Ever Film Festival? 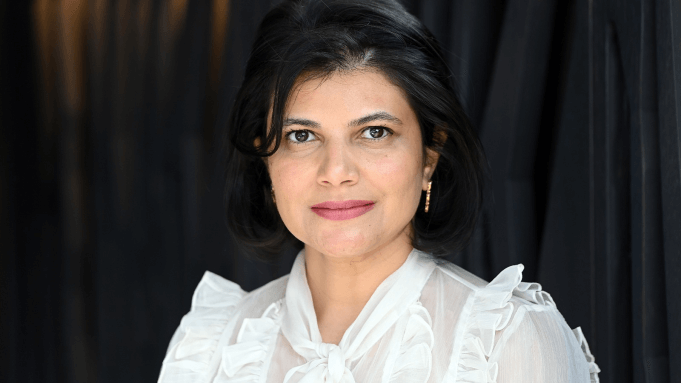 “Film festivals are largely seen as liberal spaces, but Saudi Arabia is among the more culturally conservative and politically repressive countries on Earth. So how do these two truths marry up?” asks Deadline’s international editor Andrea’s Wiseman, who interviewed the festival’s managing director Shivani Pandya Malhotra. He asked her about the challenges and opportunities that come with hosting a global event in the controversial state.

Shivani Pandya Malhotra is a former Dubai Festival managing director, who had been set to oversee the festival’s inaugural edition last March, which was cancelled due to the pandemic. The festival, hosted in the port city of Jeddah, instead will run December 6-15.

“There have been political and societal gains in Saudi Arabia over the last three years, notably in terms of women’s rights, but the country is still deeply patriarchal. Sexual, religious and political plurality is virtually non-existent,” Wiseman writes in the article. “Should that stop people from traveling to the event to be part of cultural change? Is there genuine cultural change at play here or is it an instance of state-sponsored image-laundering/culture washing? Can the unpalatable actions of a government be separated from the ambitions of a state sponsored festival? We touch on some of these and other topics with Pandya.”

Here are some highlights from the interview.

DEADLINE: Eternals recently was banned in Saudi Arabia and neighboring countries, reportedly due to homosexual elements in the movie. To what extent are there restrictions on the movies you want to show?

MALHOTRA: I think people should come and see the films and let us know…We are sensitive to the environment but we don’t have any restrictions. We’ll be showing films in their entirety. We will be sensitive to the culture around us but we have curated the films we wanted to. We’re presenting what we wanted to and pushing boundaries in our lineups, including in the Arab selection.

DEADLINE: So how does it work that Eternals isn’t allowed to be shown in the country but you have carte blanche? That seems slightly at odds…

MALHOTRA: I don’t think it is. It was like that in Dubai also. We were sensitive to the cultural environment. The idea was to try to get audiences to accept and feel comfortable watching films from different countries and contexts. That’s part of the job of a festival, to widen people’s mind-sets, to showcase diversity. It’s a matter of time, change happens gradually.

DEADLINE: Is it a fair assumption that there won’t be films that feature homosexuality in them?

MALHOTRA: I think you should come to the festival and see for yourself…

DEADLINE: In terms of local cultural norms, what restrictions will there be on what people can wear at the festival and how people should behave? [Saudi Arabia is one of a handful of countries in the world with a total ban on alcohol, for example.]

MALHOTRA: Public displays of affection are not common in the entire Gulf region. People should be careful about that, whatever sexuality you are. In terms of clothing, we recommend people dress modestly. Women don’t have to cover their hair. But there aren’t dos and don’ts as such.

DEADLINE: If you’re homosexual, are you welcome at the Red Sea Film Festival?

Openly gay, lesbian and transgender people face persecution across most of the Arab world where same-sex relations are against the law. In Saudi Arabia, homosexuality can be punished by flogging or death. Kudos to Andrea Wiseman for asking hard questions.

To catch up on why Eternals won’t show in Saudi Arabia, check out our blog post from last week.

There are six features from Saudi Arabia, and 27 Saudi films in total including the shorts. According to Malhotra, across the program, there are around 30 - 35 percent women directors. Of the Saudi short films, eight of 18 are by women, and in the Saudi feature film lineup, 3/7 of the features are by female directors.

See the full lineup of the festival here. Slave Play, the Tony-nominated and acclaimed Broadway show from Jeremy O. Harris, will return to performances at the August Wilson Theater on Broadway later this month, but this time with some special performances that will only be open to those who identify as Black -- The Wrap reported.

For a few shows starting on Friday, December 3, Slave Play will host “Black Out” performances that will be private and invitation-only to “allow the Black-identifying audience to experience and discuss the play free from the white gaze.”

Harris came up with the idea for the Black Out shows when Slave Play had its original Broadway run, in recognition of Broadway’s rich, diverse, and fraught history with Black work.

Slave Play is directed by Robert O’Hara and stars returning cast members Ato Blankson-Wood, Chalia La Tour, Irene Sofia Lucio, Annie McNamara, and Paul Alexander Nolan. Antoinette Crowe-Legacy will also return to the show in the role of Kaneisha, which she originated in developmental production in 2017. And joining the cast are Devi Kawaoka and Jonathan Chad Higginbotham.

Other shows in the limited return engagement of Slave Play begin on Tuesday, Nov. 23 ahead of an official opening night on Dec. 2 and will run for eight weeks through January 23, 2022.

Slave Play received 12 Tony nominations, the most for any show in Broadway history.

Tickets for the Dec. 3 “Black Out” performance are priced at $100 or $45. For additional info and an invitation to the performance, you can email rsvp@seaviewprods.com 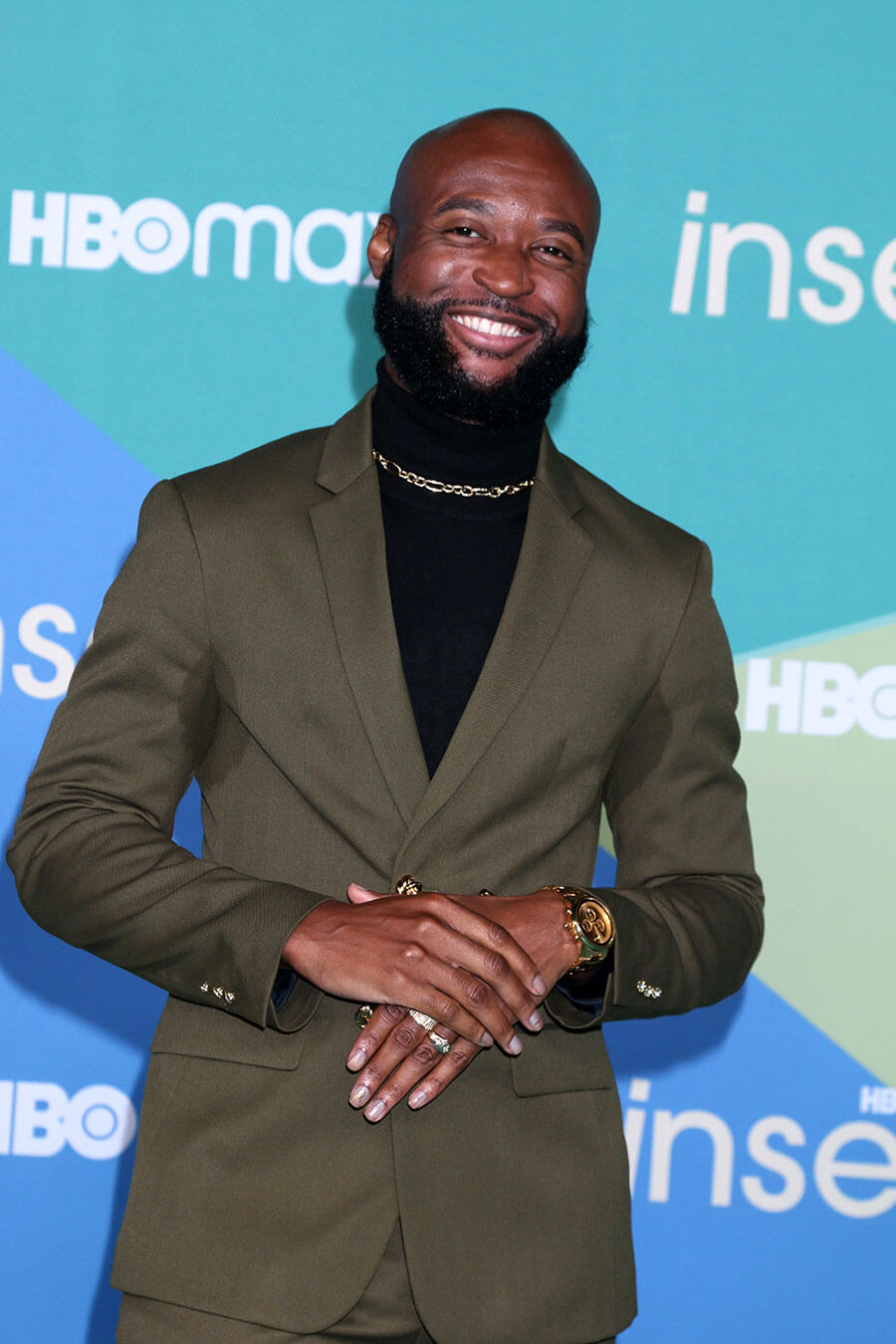 The first round of the application will require a bio, a one-hour or half-hour original script (of any genre) and a short essay. Those chosen to move to the second round will interview with Gauyo and the initiative’s chief of programming Ashley Aronson before 10 to 12 participants are selected.

Features of the mentorship initiative include monthly writer roundtables with established writers/industry leaders; past participants include Amy Aniobi (Insecure) Kay Oyegun (This Is Us), Kemp Powers (Soul, One Night in Miami), and The Black List founder Franklin Leonard. Each participant will receive the latest Final Draft to use during the fellowship, in addition to writing workshops and notes sessions to prepare mentees for fellowships, generals and staffing, along with general meetings with networks and production companies.

At the end of the program, each mentee will have the opportunity to be read by Gauyo’s agents at Culture Creative and lit managers at Writ Large for representation consideration.

“With the Black Boy Writes & Black Girl Writes Mentorship Initiative, I aim to create a sustainable pathway program for up-and-coming Black writers that not only provides them a way in, but amplifies their voices in the process,” Gauyo tells Deadline. “Partnering with such an innovative platform like Stage 32 who is committed to serving underrepresented creatives allows us to increase exposure and opportunity for Black writers all over the world.”

Kai Grayson, a screenwriter, and mentee of the inaugural Black Boy Writes & Black Girl Writes Initiative talked to Productions.com about how significant the mentorship is. “This mentorship is important because in the writing world, and the world in general, it’s extremely difficult for Black people to achieve their dreams and thrive, however with a support system like the one Mike has created we are given the chance to really make success possible,” she said. 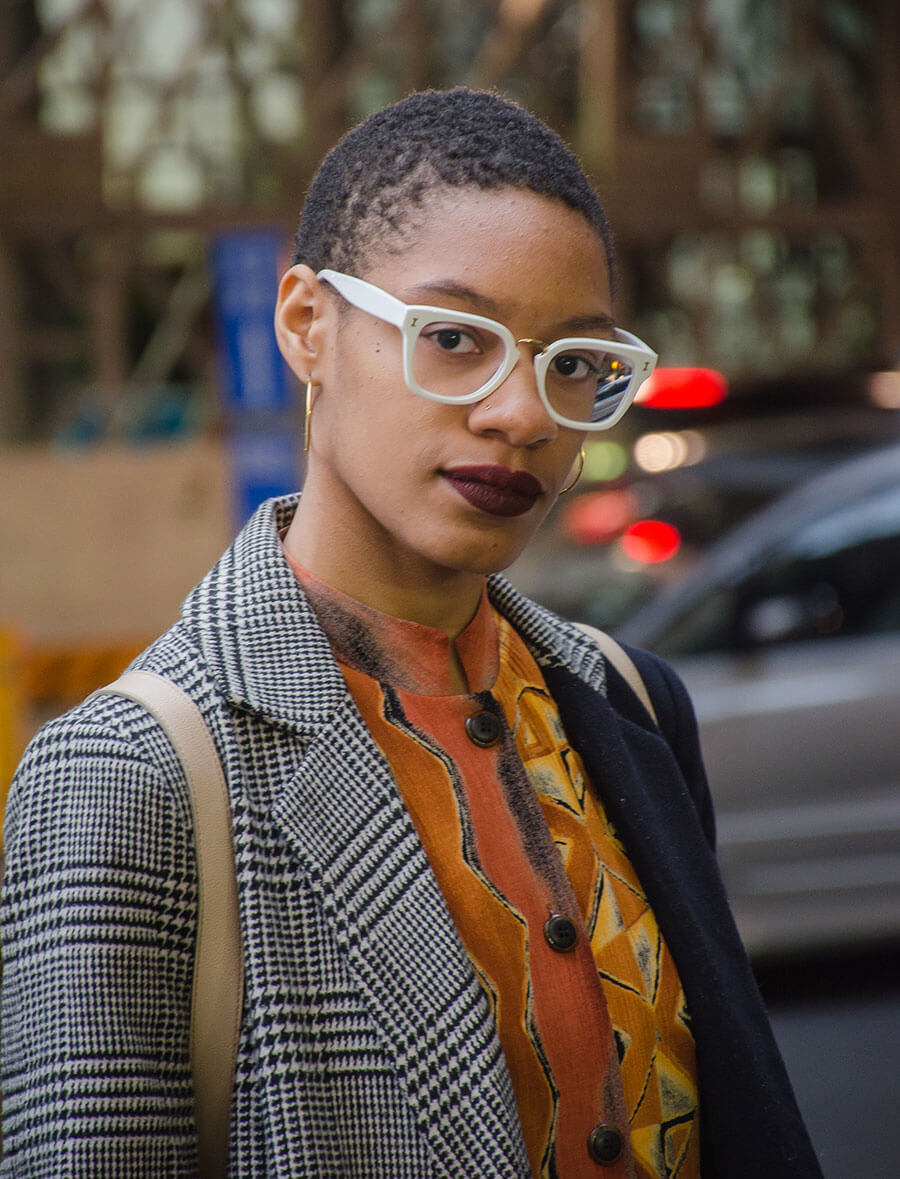 She said she couldn’t have asked for a better mentor than Mike Gauyo. “Working with Mike has been an absolute honor. I was able to hone my craft and get genuine feedback on the scripts I wrote. In addition to writing, the networking sessions we participated in were opportunities I feel were once in a lifetime chances that will stick with us throughout our careers.”

Even though Grayson’s mentorship is coming to an end, the future looks promising. “At the start of next year, we will all be assigned individual mentors, hand-picked by Mike, that correlate to the goals we want to meet,” Grayson said. “There’s a sense that even though it’s coming to an end, he will always have our backs and fight for our continued excellence.”

Congratulations to Grayson and her classmates on wrapping up their mentorship! We can’t wait to see what’s next for this talented group.

Demi Vitkute writes the weekly entertainment industry news blog for Productions.com. She’s a journalist who has covered entertainment, fashion, and culture. Demi is a founder of The Urban Watch Magazine and has written for The Washington Post, Inside Hook, and Promo Magazine, among others. She is a graduate of Columbia Journalism School and Emerson College.