Netflix Employee Who Criticized Dave Chappelle’s Comedy Special is Among Three Suspended, Zendaya Talks Inclusion in Hollywood at WIF Honors: ‘When You Open the Door, Your Job Is to Jam It Open for Other People to Come In’ And BAFTA’s Britannia Awards Postponed to 2022

Netflix suspended three employees, including a transgender employee, for attending a virtual business meeting to which they had not been invited.

Zendaya talked about inclusion in Hollywood at Women in Film Honors: “When you open the door, your job is to jam it open for other people to come in.”

BAFTA is postponing the 2021 Britannia Awards until next year, making it the second year in a row that the awards ceremony has been delayed. 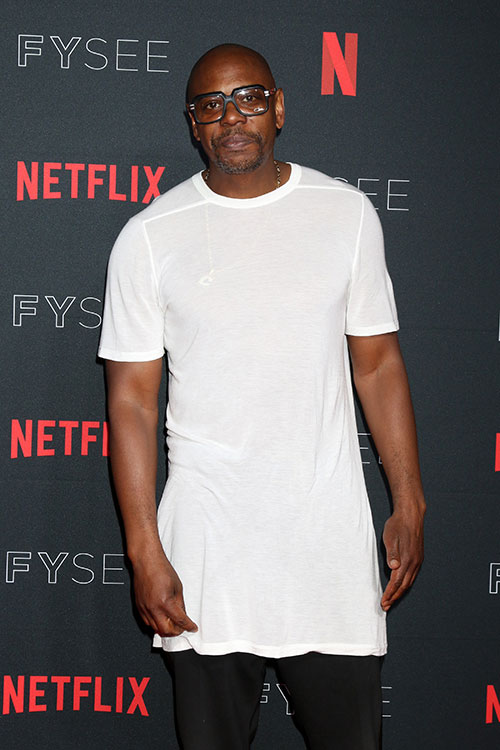 The employees were suspended after they attended a virtual business meeting among top executives to which they had not been invited. Netflix said in a statement that the transgender employee, Terra Field, was not suspended because of the tweets critical of Chappelle’s show.

I work at @netflix. Yesterday we launched another Chappelle special where he attacks the trans community, and the very validity of transness - all while trying to pit us against other marginalized groups. You're going to hear a lot of talk about "offense".

We are not offended 🧵

“It is absolutely untrue to say that we have suspended any employees for tweeting about this show,” a Netflix spokesperson said in a statement. “Our employees are encouraged to disagree openly, and we support their right to do so.”

Chapelle’s comedy special, The Closer, debuted on Netflix and was immediately criticized by several organizations, including GLAAD, for “ridiculing trans people.” Jaclyn Moore, an executive producer for the Netflix series Dear White People, said she would not work with Netflix “as long as they continue to put out and profit from blatantly and dangerously transphobic.”

Field, a software engineer at Netflix who was suspended, tweeted that the special “attacks the trans community, and the very validity of transness.”

After news of her suspension went public following a report by The Verge, she tweeted: “I just want to say I appreciate everyone’s support. You’re all the best, especially when things are difficult.”

Netflix’s co-chief executive Ted Sarandos defended Chappelle and will not remove the special from the streaming service.

“Several of you have also asked where we draw the line on hate,” Sarandos wrote in the memo to employees. “We don’t allow titles on Netflix that are designed to incite hate or violence, and we don’t believe ‘The Closer’ crosses that line. I recognize, however, that distinguishing between commentary and harm is hard, especially with stand-up comedy which exists to push boundaries. Some people find the art of stand-up to be meanspirited, but our members enjoy it, and it’s an important part of our content offering.”

Mr. Sarandos acknowledged Netflix’s “longstanding” deal with Chappelle and said that his 2019 special was also “controversial” and yet their “most-watched, stickiest and most award-winning stand-up special to date.”

This quote is reminiscent of Facebook’s strategy to not change their algorithm because it keeps people on the app longer even if it spreads misinformation and harmful content. Needless to say that it’s all about money.

Netflix employee resource group Trans* have scheduled a walkout for October 20, in protest of the company’s support of Chappelle-- The Gamer reported.

Zendaya Talks Inclusion in Hollywood at WIF Honors: ‘When You Open the Door, Your Job Is to Jam It Open for Other People to Come In’ 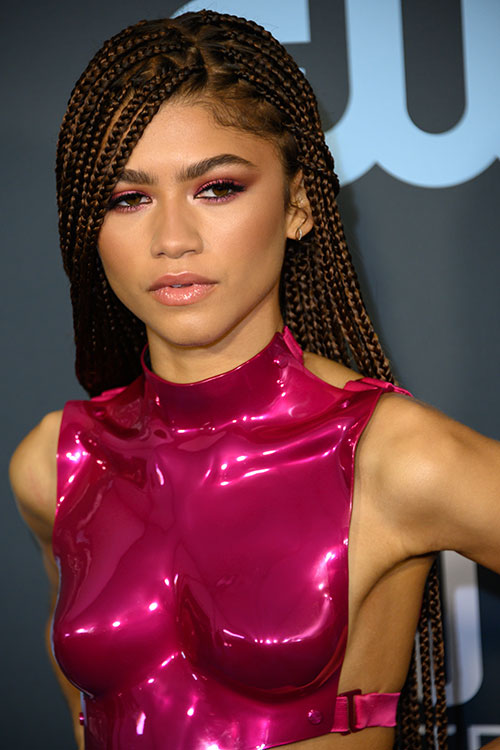 Women In Film, Los Angeles hosted its first fundraising event since 2019 following the onset of the COVID-19 pandemic. The WIF Honors: Trailblazers of the New Normal gala was held on Wednesday, October 6 at the recently opened Academy Museum of Motion Pictures in L.A.

At the ceremony, WIF debuted the Jane Fonda Humanitarian Award, which was named after its inaugural recipient and presented by RuPaul in a surprise appearance. During her awards speech, Fonda emphasized the importance of collective action and the power of women to effect change. “You here in this room have a superpower to make films and television shows that can change how people see things,” Fonda declared. “That’s what changes culture.”

She continued, “Waiting, wanting to change how things are is what activism is and it isn’t a sprint or a marathon. It’s a relay race. And I see this award, this award I think is a torch that will be handed off year after year to new generations of activists who will I hope do a better job than my generation did.”

The Crystal Award was given to three pairs of creative collaborators. Zendaya and producer Ashley Levinson were recognized for their disruption of the traditional compensation system with the shared equity model for their film Malcolm & Marie.

During the dinner program, host Jenny Yang conducted on-stage interviews with the award recipients. Zendaya and Levinson discussed making Malcolm & Marie amid the pandemic and the unique financial structure of the film which ensured that everyone involved in the production owned a share of the profit.

Zendaya, who co-financed the film, explained, “There was a world where we hoped that one day, we would be able to sell it and maybe make some money, but we felt that if we did that, that the people who were there every day with us, who took the risk of coming out there and making this art with us, should partake in that. It felt fair. It felt like the right thing to do.”

She added, “It felt like a no-brainer because we made this together and it really was a labor of love.”

Zendaya noted that while she believed that the film was a testament to the advances made by the industry, she acknowledged that there was still work to be done.

“I think any of us who have ever been in meetings or been in the rooms, you can see it every day, you feel like you are the only person there who looks like you. In my opinion, it’s not a lack of talent, it’s a lack of opportunity,” she said.

“There’s always this idea that there can only be one and I oppose that idea. When you open the door, your job is to jam it open for other people to come in.”

Hacks costars Jean Smart and Hannah Einbinder were also celebrated for turning the spotlight on key issues that WIF seeks to address including sexism, ageism, and harassment.

On the red carpet, Smart and Einbinder shared their thoughts with Variety on solidarity between women in the industry. “I think in the past when women would get to the top, they would have this kind of feeling like there’s only so much room up here, I’m not going to reach down and give you my hand. And I think that that has changed a lot,” Smart said.

Einbinder added, “The more women who are in power positions, the more women and female stories are going to be amplified. A lot of the time the culture is shaped and controlled by men. And in the past, it was true that there was one spot because that’s all they needed, but now we are so desperate for these stories revolving around women and women are the ones telling these stories, which to me is the answer to all this.”

You can find the full list of WIF winners and nominees here.

BAFTA is postponing the 2021 Britannia Awards until next year, making it the second year in a row that the awards ceremony has been put off. -- The Hollywood Reporter announced

No direct reason was given by BAFTA.

In a statement to THR, the British Academy, much like in 2020, said it would instead focus on its various initiatives.

“BAFTA Britannia awards will be a key part of our plans for 2022,” it said. “For the rest of this year, we are continuing to focus on our year-round learning and talent programs, which include scholarships, the GSA BAFTA Student Awards and Breakthrough USA — which we will announce the new cohort for later in the year.”

The last time the Britannia Awards was held in 2019, Jane Fonda made history by accepting her Stanley Kubrick Award for excellence in film via video link while being arrested in Washington, D.C., during a climate change protest. Other winners on the night included Jordan Peele, Phoebe Waller-Bridge, Steve Coogan, and Jackie Chan.

Demi Vitkute writes the weekly entertainment industry news blog for Productions.com. She’s a journalist who has covered entertainment, fashion, and culture. Demi is a founder of The Urban Watch Magazine and has written for The Washington Post, Inside Hook, and Promo Magazine, among others. She is a graduate of Columbia Journalism School and Emerson College.