This Podcast Producer works closely with executive producers, associate producers, and hosts to create primarily interview and conversation-based series that are connected to TV shows, films, and the entertainment industry at large. While these shows have a variety of voices, genres, and formats, they are rooted in audience curiosity and bloom into compelling audio. Examples of previous shows include The Chernobyl Podcast, Netflix’s Behind The Scenes, HBO’s I’ll Be Gone In The Dark Podcast, Strong Black Legends, and Lovecraft Country Radio.

This producer will be lead producing the biweekly Netflix podcast Okay, Now Listen. In addition to that, they will be developing and producing an interview show with high-profile talent through the summer. While there will be opportunities to be a producer on other podcasts across Pineapple Street Studios, TV & Film will be their priority.

Primary Responsibilities
Under the guidance of the Executive Producer of TV & Film Podcasts, this producer leads internal production teams and works closely with hosts and editors to produce podcasts.

CREATIVE
— Watches a given series/film with a critical, curious eye
— Contributes and develop initial show ideas into a workable concept with the production team
— Works with editors, associate producers, and talent to storyboard individual episodes and overarching series
— Conducts pre-interviews and interviews independently
— Shares constructive feedback on associate producer’s interview preps and conversation-based outlines
— Practices self-editing
— Responds to RFPs when asked and available, pitches and brainstorms podcast concepts
— Captures and creates opportunities for great tape in the studio and in the field
— Independently directs interviews and host narration sessions
— Creates in depth prep documents for hosts, shaping an arc to a conversation or interview
— Collaborates with hosts or producers to write scripts
— Reviews select tape to help identify the best moments
— Scripts, assembles and scores conversation-based episodes exceptionally, on a tight deadline, with technical and editorial skill with little editorial oversight
— Able to do basic mixing (level, EQ and compress) on conversation/interview based episodes

The ideal candidate will have the following:
Strong interpersonal and communication skills, especially working with strong-willed creative talent and A-list talent
Passionate about both audio and TV/film
Steeped in Black culture and well-versed in the latest happenings in TV, film, and music.
3 to 5 years experience in audio production (narrative not required, internships count)
Fluent in audio editing software (Hindenburg or Pro Tools preferred)
Demonstrated ability to organize multiple projects at once and work across geographically-dispersed teams
Ability to work collaboratively, with multiple people of different opinions, backgrounds
and experiences
Enthusiastic about creating an equitable workplace

Please tell this employer you found the listing at Productions.com 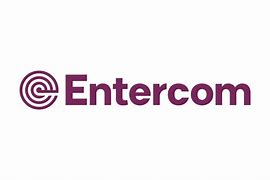